Binding Up the Broken-Hearted

How Pam McDonald, Nurse and Triangle Fellows Alum Ministers to Families through Her Every Day Work 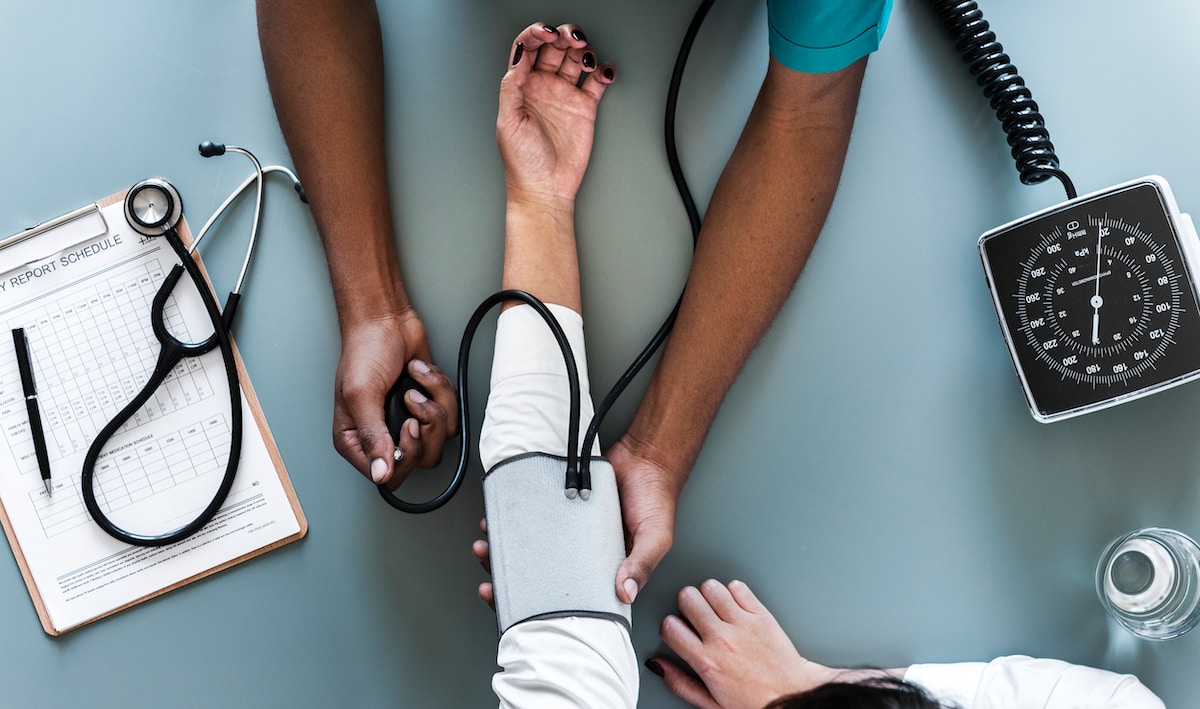 If Pam McDonald were doing what she really wanted to do, she’d own or manage a surfboard shop near a beautiful beach somewhere. Instead, she spends her days as a Nurse working with children and families during one of their most stressful and vulnerable times of their lives—before and after the children undergo surgical procedures at Duke Children’s Hospital in Durham. Pam is uniquely equipped to be a Nurse. She’s both gentle and bold, patient and honest, and makes a habit of serving her colleagues and patients.

In her personal life, Pam carries the same qualities she does in the workplace to her friendships, marriage, and parenting. From Pam, I learned to cherish and marvel at the fact that we are able to approach the Lord and speak to him through prayer. Through our friendship, I’ve learned what it means to give and receive honest and redemptive correction, and seen a model of what it looks like to submit one’s career and life to the Lord.

Although each of our life stories is more complex than can be summarized in a few paragraphs, Pam’s life and career illuminates (at least) three themes found and taught throughout the Bible:

Coming to the Lord

Pam and her husband Josh have been married since 2011. The pair have two young children, live in Durham, and attend Bay Leaf Baptist Church in North Raleigh where Josh leads the worship team for the church’s Saturday evening service.

Pam recalls hearing the gospel at age five and experiencing a moment of clarity where she, “had a sense that I was wrong and sinful and needed rescue,” and responded by submitting to the Lord. But as a member of a part-time church attending family, she didn’t experience consistent discipleship or teaching and her faith didn’t deepen throughout her childhood. While in school at Liberty University in Virginia, she describes having a crisis of faith where she questioned the Lord’s faithfulness and his role in her life. Post-graduation, while working in her first nursing role in Duke’s Intensive Care Unit (ICU), she encountered a few significant patient events that left her reeling. A colleague recommended she reevaluate her walk with the Lord so she began attending Vintage church. She soon joined a community group there and for the next year regularly met with other believers who listened to her questions, helped her wrestle with her doubts, and affirmed the truths of the gospel. By August of 2008, she “very clearly and definitively determined that Christ was Lord and desired to follow him,” and has been following him since.

Nurses: Neither Superhuman nor Maids
Pam’s professional work as a nurse is both taxing and essential. While some patients enter the hospital with misconceptions of a nurse’s role, believing they are super-human or are only useful for cleaning up bodily fluids. Instead, she describes her role and work as somewhere in the middle of the two extremes—most days her tasks are routine and mundane, but every now and then she can charting or medicinal error that saves a patient’s life. She often finds herself translating and repeating the instructions or diagnoses from physicians to them in straightforward ways they can understand. And says, “we are a voice to the voiceless in one regard, we’re caring for people who just aren’t as familiar with what’s going on.” She sees God at work in her industry too. She says healthcare providers’ work is kingdom work that can ultimately point to Christ because, “we are binding up the broken-hearted in a physical sense, bringing healing and wholeness to this society.”

Pediatric care is unique and presents challenges unique to the field. The body is different at each developmental stage both physically and emotionally, thus pediatric healthcare providers must be well versed in caring for everyone from premature babies to 19 year olds. In addition, communicating with a two year old requires different skills and communication methods than are required when working with adults.

But Pam believes the most difficult and essential part of her role is supporting and working with the patients, their families, and her colleagues. She says, “loving and serving a family in spite of how they don’t take care of themselves” can be one of the most difficult things to do, but she believes it’s her calling as an image-bearer to treat them as fellow image bearers. It’s unique and rare in her department, too. She tells of colleagues pre-judging and treating certain people groups differently based on previous interactions with them. However, Pam says, “I know the inherent dignity of the person I am and who I am caring for, I can be the image of God for them and towards them, and treat them as they are.” Pam views her service to and interactions with her colleagues as an equally important aspect of her work. She says, “As a nurse it’s not just taking care of patients, I work with believers and non-believers, and a lot of my work is how I’m engaging my co-workers.” Her work is sanctifying too. She says that, “routinely having to care for others, puts me into the position of how Christ had to pour himself out routinely for others, in a very real and physical sense.”

Triangle Fellows’ Impact
Pam and her husband, Josh, joined the inaugural Triangle Fellows cohort at the recommendation of their then-pastor, Adam Darnell of South Durham Church (a Triangle Fellows partner church). Pam says she was attracted to the program because it would give her an opportunity to study theological content with Josh and she viewed that as a better use of their collective time than watching TV and “vegging out.”

She says the program had profound impacts on her habits her relationships, and the way she works. The daily devotionals included throughout the program, “pushed me beyond what I wanted, part of that was sleep—getting up early or staying up late and pushed me to practice more silence and solitude.” This shift in priorities and the experiences she encountered through different devotions, prayers, and theology readings began impacting her personal and professional habits and actions. She says she soon found that she was more present with people, felt an increased desire to serve others, and found herself having conversations about the content and truths she was learning and meditating on with colleagues and friends that she wouldn’t have had before.

She says, “a shift in my thinking is, I used to work 12 hours, waiting for that time to clock out. Now, as I drive to work, I think, ‘I get to work today and serve my colleagues.’” The program also emboldened her to engage in conversations about her Biblical convictions and ask questions of her colleagues’ core beliefs and values that she had not engaged in in as direct a form before.

Triangle Fellows had an impact on her view of Biblical community, too. The diversity of thought and backgrounds of the cohort challenged her and has been helpful as she enters a diverse workplace. From the fellows program she says she, “learned more of what it was like to be a member of body of Christ than anywhere else.” And that she “began to realize how much my sanctification was linked to the sanctification of my brothers and sisters in the fellows program, in our local body and the church universal.”

Pam may one day own a surf shop--and if she does she will surely glorify the Lord in that role. But she’s found joy in her obedience to the work of nursing that the Lord has called her too, and in return the Lord has fully and sufficiently equipped her to be a nurse who brings healing to his kingdom. Her words, and refusal to gossip with colleagues and boldly engage in gospel conversations with colleagues, is a direct result of the Spirit’s work in her life and the abundance of the Lord’s truths in her heart (Mt. 12: 34). Experiencing the power and necessity of the church community has impacted Pam as her faith has grown. Through the community group she first joined, she was discipled and given a safe space to ask hard questions and express her doubts. Other communities, like Triangle Fellows, have provided continued discipleship and sanctification.

In his book, You Are What You Love, James K. A. Smith says, “The church—the body of Christ— is the place where God invites us to renew our loves, reorient our desires, and retrain our appetites,” (p.65). Triangle Fellows was this church to Pam, and in return, Pam was this church to those of us in the first cohort of the program. And from her example, we’ve learned how to better be the church to others. My prayer for you, my brothers and sisters, is that you find this church in the Chapel Hill Bible Church, and that it equips you for your vocational work, whatever that might be.

Amy Huffman is the Research and Policy Specialist for the North Carolina Department of Information Technology, seeking to close the digital divide in North Carolina. In addition, Amy is a freelance writer and consultant, featured in WRAL-TechWire and ExitEvent. Native North Carolinians, Amy and her son, Grayson (age 8), have worshipped at the Bible Church since 2012.

Subscribe
Previous
The Work of His Hands
Next
A Peculiar, Faithful Presence in the Durham Public Schools
Return to site
All Posts
×

We just sent you an email. Please click the link in the email to confirm your subscription!